Home / News / Industry News / What is the difference between forging, stamping and casting

What is the difference between forging, stamping and casting

1. The difference between forging and casting
(1) Conceptual difference
Casting: It is the transformation of molten metal without shape into a solid with shape.
Forging: is the transformation of a solid of one shape into a solid of another shape.
Casting is like you play with wax, you buy wax (scrap, or pig iron) and you turn that wax into a liquid and put it into a mold, so you get different shapes. (solid-liquid-solid)
Forging is like the process of making dough. You knead small doughs and put them into molds to make products of different shapes. Almost a solid shape can change into other shapes (solid to solid) at high temperatures.
Casting is the process of casting molten metal into a mold to obtain casting. The foundry major focuses on the metal smelting process and the control of the process during the casting process.
Forging is plastic forming in the solid-state, which can be divided into hot working and cold working, such as extrusion, drawing, pier thickening, punching, etc.
(2) Forging is slowly forming, and casting is a one-time forming.
Casting: The molten liquid metal fills the cavity and cools. Air holes are easily generated in the middle of the parts.
Forging: It is mainly formed by extrusion at high temperatures. The grains in the part can be refined.
2. The difference between free forging and die forging
Free forging is a processing method in which the heated metal blank is placed on the top of the forging equipment and between the lower forging iron, and impact force or pressure is applied to directly deform the blank to obtain the desired forging. Free forging is suitable for the production of single pieces, small-batch, and heavy forging due to its simple shape and flexible operation. Free forging is divided into manual free forging and machine free forging. Manual free forging has low production efficiency and high labor intensity. It is only used for repairing or the production of simple, small, and small batches of forgings. In modern industrial production, machine-free forging has become a forging production. The main method, in the manufacture of heavy machinery, has a particularly important role.
The full name of die forging is model forging, which is formed by placing the heated billet in a forging die fixed on the die forging equipment.
Die forging can be performed on a variety of equipment. In industrial production, steam-air hammers are mostly used for hammer die forging, with tonnage ranging from 5KN to 300KN (0.5 to 30t). Hot die forging presses are commonly used for die forging on the press, with a tonnage ranging from 25000KN to 63000KN.
The forging die structure of die forging includes single die forging die and multi-die bore forging die. As shown in Figure 3-13, it is a single-die hall forging die. It uses a dovetail groove and an oblique wedge to fix the forging die to prevent it from coming out and moving left and right; the key and the keyway are used to make the forging die position accurately and prevent it from moving back and forth. The single-die cavity is generally the final forging die cavity. An air hammer is often required to make the billet during forging, and then it is formed by hammering the final forging die cavity several times, and finally, the forging is taken out to remove the flash.
3. The difference between casting, forging, stamping, and die casting
(1) Casting is to melt the raw material and let it form naturally in the forming mold;
Forging is to heat the raw material to a certain temperature and then use a tool to forge it;
Stamping is to stamp the raw material with a suitable stamping die;
Die casting is based on casting, using pressure to inject melted raw materials into a mold to obtain a higher density or a more precise shape;
Casting: The molten liquid metal fills the cavity and cools. Air holes are easily generated in the middle of the parts.
(2) Forging: It is mainly formed by extrusion at high temperatures, which can refine the grains in the workpiece.
The thickness of the parts is basically the same, which is suitable for stamping with sheet metal forming.
The thickness of the parts is very different, the shape is complex, and it is not heated by die casting.
1. Casting is divided into two types: high-pressure casting and low-pressure casting. Simply put, after the metal is melted, the pressure of pressing the model is different, the temperature of heating the metal and the machine used for casting are different.
2. Forging is also a casting method. The difference is that the temperature during forging is lower, and some methods can make metal into finished products in a semi-molten state.
3. Stamping is the process of making semi-finished products into finished products with punching machines and other machines at room temperature.
4. Die casting is also a method of high-temperature casting. When encountering castings with complex structure and difficulty, a die casting machine can be used to heat the metal into a liquid state, press it into the mold, and open the mold after cooling to take out the product. casting method. 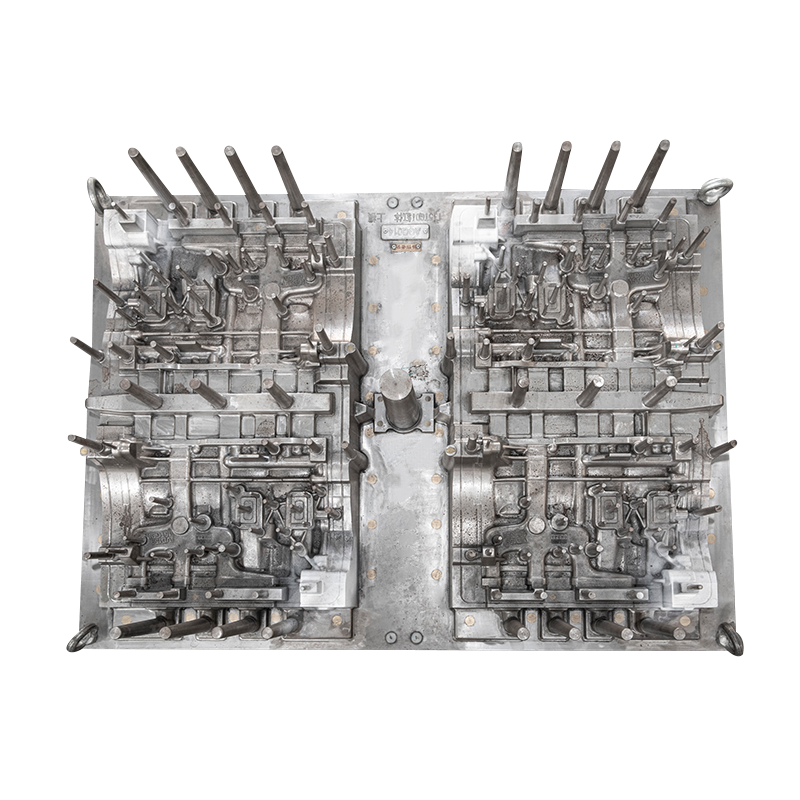